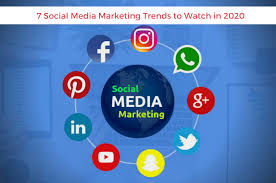 According to Wikipedia , we understand social media ( social media in English) online social communication platforms where content is created by users themselves, or by a social media manager , through the use of Web 2.0 technologies. , which facilitate editing, publishing and sharing information. Most of the time, the term is used to refer to activities that integrate technology, mobile telecommunications, and social interactions in the form of conversations, photos, images, videos, and audio tracks.

The most used social media are:

WHAT ARE SOCIAL NETWORKS?

So what is a social network ? In a simple way, we can understand a social network as the action of communication and interaction between different users in a social context, from which conversations and comments are generated, as well as other kinds of interactions (“I like”, shared …) . Its growth in recent years has been fundamentally based on the simplicity of use of the platforms on which they are generated, which are increasingly intuitive and accessible for any gender and age. To date there are various types of social networks , each one created for a purpose and designed to share different types of multimedia content . Within this context, the community Management has emerged as a highly demanded professional area as many companies begin to venture into social networks to do marketing campaigns .

Various sources date back to 1994, with the birth of Geocities , the appearance of social media . It was a somewhat rough but highly efficient geolocated website classification system that was finally acquired by Yahoo! in 1999 for 4,000 million euros (an excellent example of the dot-com bubble ). A year later, Randy Conrads created Clasmattes (whose goal was to put ex-fellow students in contact), while in 1997 SixDegrees arrived , based on the Theory of Six Degrees and the first to allow the creation of a social profile and a list of friend. Livejournal , Ryze.com, Friendster and LunarStorm are other pioneers who blazed the trail 2.0.

timeline-social-networks
However, it would not be until the beginning of the new millennium when social platforms as we currently know them will proliferate: Myspace (2003) marked a before and after in terms of the evolution of social networks , a year in which LinkedIn would also see the light of day . 2004 will be marked forever as the year in which Mark Zuckerberg, creator of Facebook, launched the most popular social network to date… And from here everything is history.

FROM THE THEORY OF 6 DEGREES TO THE RULE OF 3 DEGREES OF INFLUENCE
It is called ” Six Degrees of Separation ” to the hypothesis that tries to prove that anyone on Earth can be connected to any other person on the planet through a chain of acquaintances that has no more than five intermediaries (connecting to both people with only six links). This theory was formulated in 1930 by the Hungarian writer Frigyes Karinthy in a short story called Chains .

The concept is based on the idea that the number of acquaintances grows exponentially with the number of links in the chain. According to this theory, each person knows, on average, among friends, family and colleagues at work or school, about a hundred people. If each of those close friends or acquaintances is related to 100 other people, any individual can send a message to 10,000 more people just by asking their friends to spread the content.

Read More:   How to choose the hosting for your e-commerce?

Despite what it may seem at first, not all social networks are the same, even if they share a common objective (to relate two or more individuals to each other) or functionalities (all allow creating a profile, sharing content and generating our own community). For this reason, during the next lines we will try to classify the different social networks from different segmentations, starting with differentiating between horizontal and vertical social networks .

WHAT ARE HORIZONTAL SOCIAL NETWORKS

They are those aimed at all types of users and without a defined theme . They are based on a cell structure allowing free and generic entry and participation without a specific purpose. The most representative examples are Facebook , Instagram , Pinterest, Twitter …

WHAT ARE VERTICAL SOCIAL NETWORKS

We understand vertical social networks as those whose activity revolves around a certain theme . They are much more restricted networks than generalists, since some of them require an ‘invitation’ to be part of them.

Their influence capacity is enormous due to the fact that the public that forms them is extremely segmented and really interested in the content that is shared in them. Some vertical networks are: TripAdvisor and Minube (travel and tourism) or Journalists around the World (Journalism).

In addition to the differentiation between horizontal and vertical social networks , we can also make other types of classifications, such as themes ( professional or leisure social networks ), activity ( microblogging , geolocation or social bookmarks) or typology of shared content (images, music , videos, documents …)

Read More:   easy steps to create a non-profit website yourself

Like everything in this life, before making a decision you have to weigh the pros and cons of it. For this reason, we have compiled some reasons that will help you decide if social networks are a safe place for your person or company … and if you will finally opt for the services of a Community Manager or an agency that helps you do marketing in social networks. The management of social networks seems at first glance to be a piece of cake, however, it requires professional knowledge to obtain effective results.

On an individual basis, social networks have become an extension of our identity as people, facilitating daily tasks such as the following:

Communication with third parties . Does anyone remember what life was like without WhatsApp ? Or Skype? Facebook Messenger , maybe? The platforms have grown hand in hand with technology to facilitate intercommunication between people, thus leaving aside other more traditional channels such as telephone or email.
Information . Despite all the controversy that currently surrounds social networks with the so-called fake news , they are still one of the most consulted sources by Internet users who want to stay informed about their favorite areas.
Entertainment . In line with the above, we find that more and more users are taking advantage of the support provided by social platforms to play online, read the latest humor notes or view some other type of sympathetic content .
Social complaint . Many people and organizations have taken advantage of the pull of social networks to denounce activities contrary to the canons of ethics and civility. Change.org is an example, although it is enough to dive through Facebook to enter an infinite ocean of groups that support one cause or another.
Search for knowledge . Are you an expert on a specific topic? Do you want to interact with other users with whom you share related groups? Do you want to train in a certain area? You will surely find what you are looking for on social media. 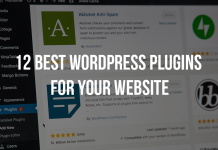 12 essential plugins for your WordPress page 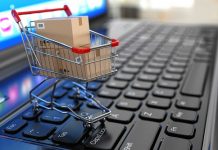 How to choose the hosting for your e-commerce? 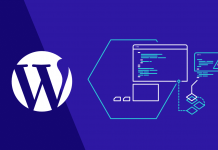 Here Are 7 Things To Consider Before Changing Your WordPress Theme

7 Security Factors to Consider When Choosing a Web Host 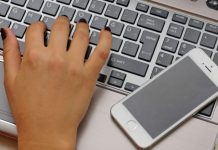 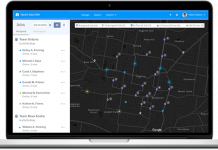 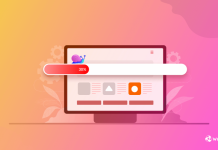 Why to Include Content Marketing in eCommerce: 5 Strong Reasons

How to Combine Email Marketing and Social Media for Better Branding